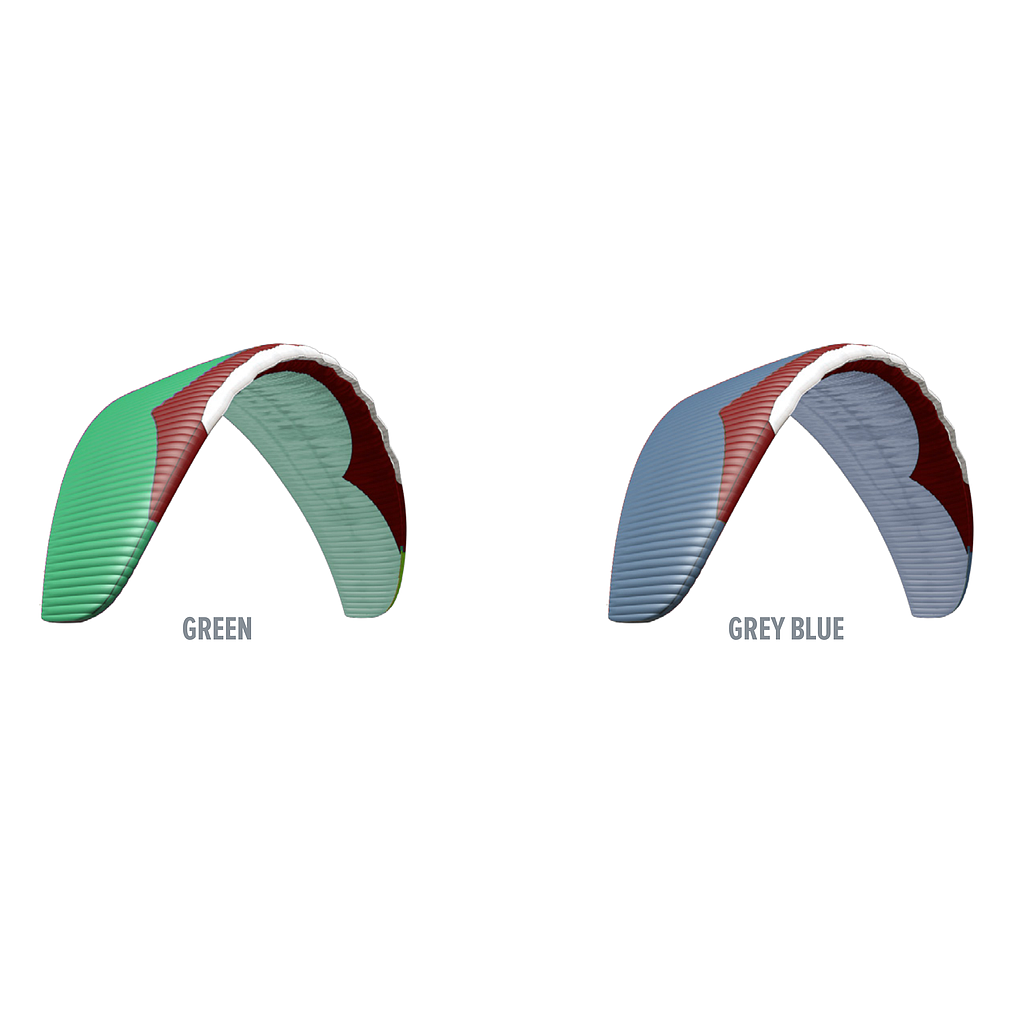 .
DESIGNER NOTES
Designer Gin Seok Song explains the development
process of the Boomerang 12:
“GIN Lab was created to find the next
breakthrough technology in paragliding. We
recognised that we were approaching the limits
of possibility just by changing things like aspect
ratio or cell number, so we were motivated to
seek out a big physical change. After consulting
with Professor Jooha Kim at Ulsan National
Institute of Science and Technology, we
became intrigued by the research of Professor
Kim on the leading edge tubercles on the
humpback whale flipper.
We then decided that the best approach would
be to build a real simulation in a wind tunnel.
Wind tunnel research is difficult and expensive,
but there is only so far you can go with pure
software simulation. Fortunately, we were able
to secure research funding and the “GIN Lab”
was born in 2019 as a collaboration between
Gin Gliders and Ulsan National Institute of
Science and Technology.

Professor Jooha Kim: Over many millions of years, living creatures have
evolved highly effective mechanisms to cope with the challenges of their
environments. One example is the tubercles on the pectoral flipper of
the humpback whale. These have been shown to enhance performance
and lifting force at high angles of attack. This gives the whale incredible
agility in spite of its huge size. After Gin explained some of the challenges
of paraglider performance, I became very interested to investigate how
this concept might be applied to paragliders. Tubercle airfoils always stall
gradually and can be operated at higher pitch angles which produces
increased lift. The drag penalty is significantly reduced and tip stalling
can be attenuated and even eliminated completely. That combination of
performance characteristics means that tubercle airfoils are hyper-stable
and very efficient.
We decided that the wind tunnel would be a valuable tool, enabling
hundreds of experiments and rapid iterations on small modifications.
Gin Seok Song: the first challenge was to calibrate the basic wind tunnel
results to our computer simulations and practical experience of the real
wing behaviour. Once we had a good model, we were able to try various
configurations on the leading edge. We then took the most promising
results and built real paragliders. It was immediately apparent that the
concept had potential, especially in relation to stability of the wing and sink
rate in the climb.

1.5 years later, the project had progressed
to the stage of being able to certify the
Boomerang 12 with the new leading edge
technology: we decided to call it the “Wave
leading edge” as its inspired by marine life
and has a sinusoidal appearance. What
was surprising was the ease of certification:
following a collapse the shooting is much
reduced and the wing tips don’t snake like
the previous generation of 2 liners. The
wing was first flown by our factory pilots
at the 2021 PWC Superfinal in Disentis,
Switzerland with encouraging results and
podium finishes in both the individual and
team rankings, followed by an overall
victory at PWC Turkey and in 2022, a 1,2,3
at PWC Brazil.
We are really excited about the future of the
Wave Leading Edge, the stability and high
angle of attack performance is something
that should benefit most categories of wing.
DETAILS
- Wave Leading Edge increases lift for all
angles of attack and decreases drag at low
angles of attack
- 3rd generation Equalized Pressure
Technology (EPT)
- 2 risers / 2 lines spanwise
- Trailing edge mini-ribs
- B riser easy control bars
. 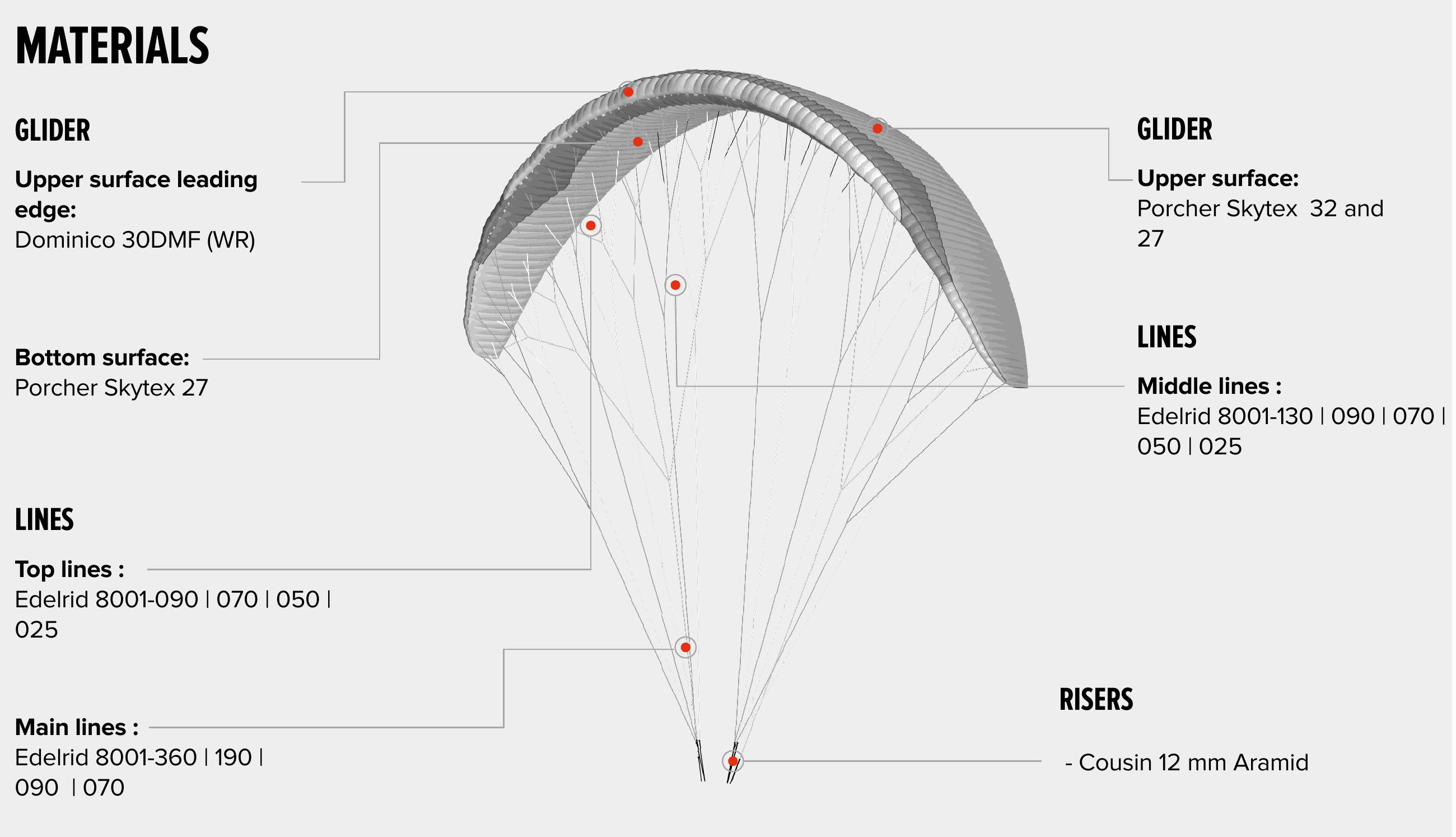 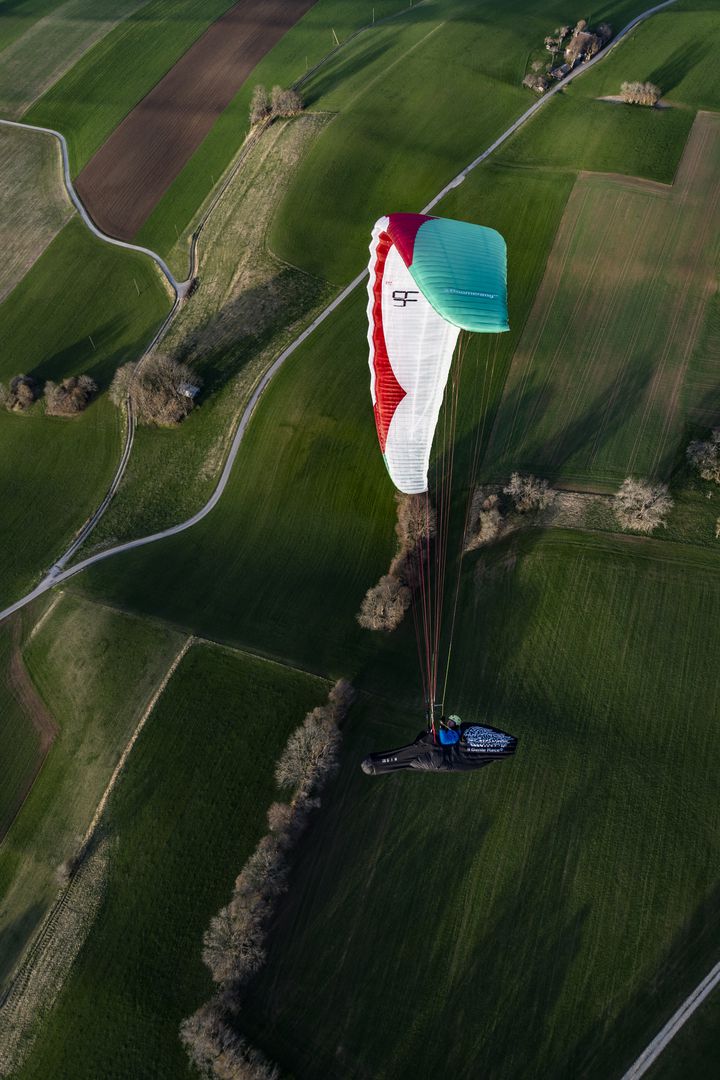 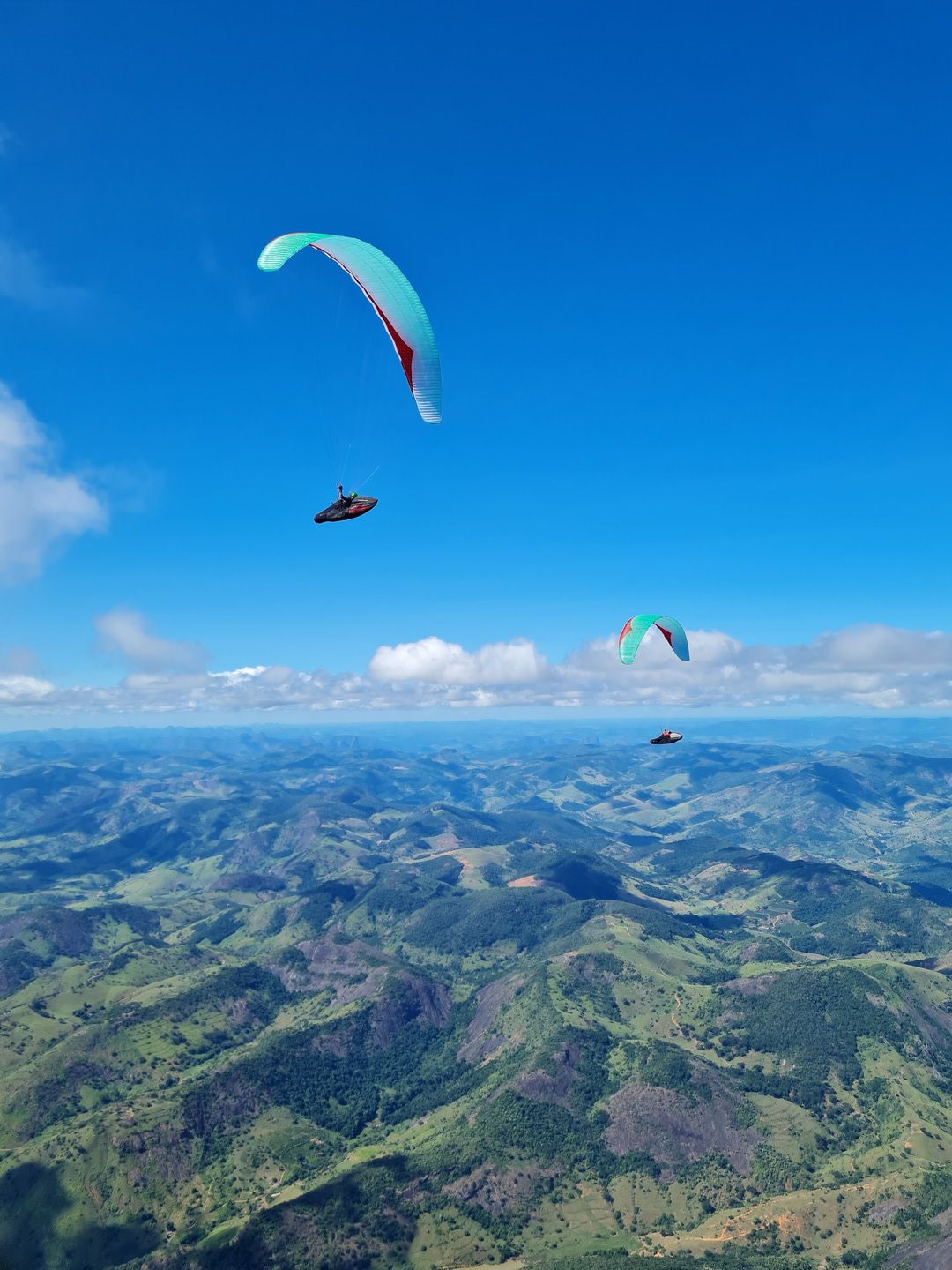 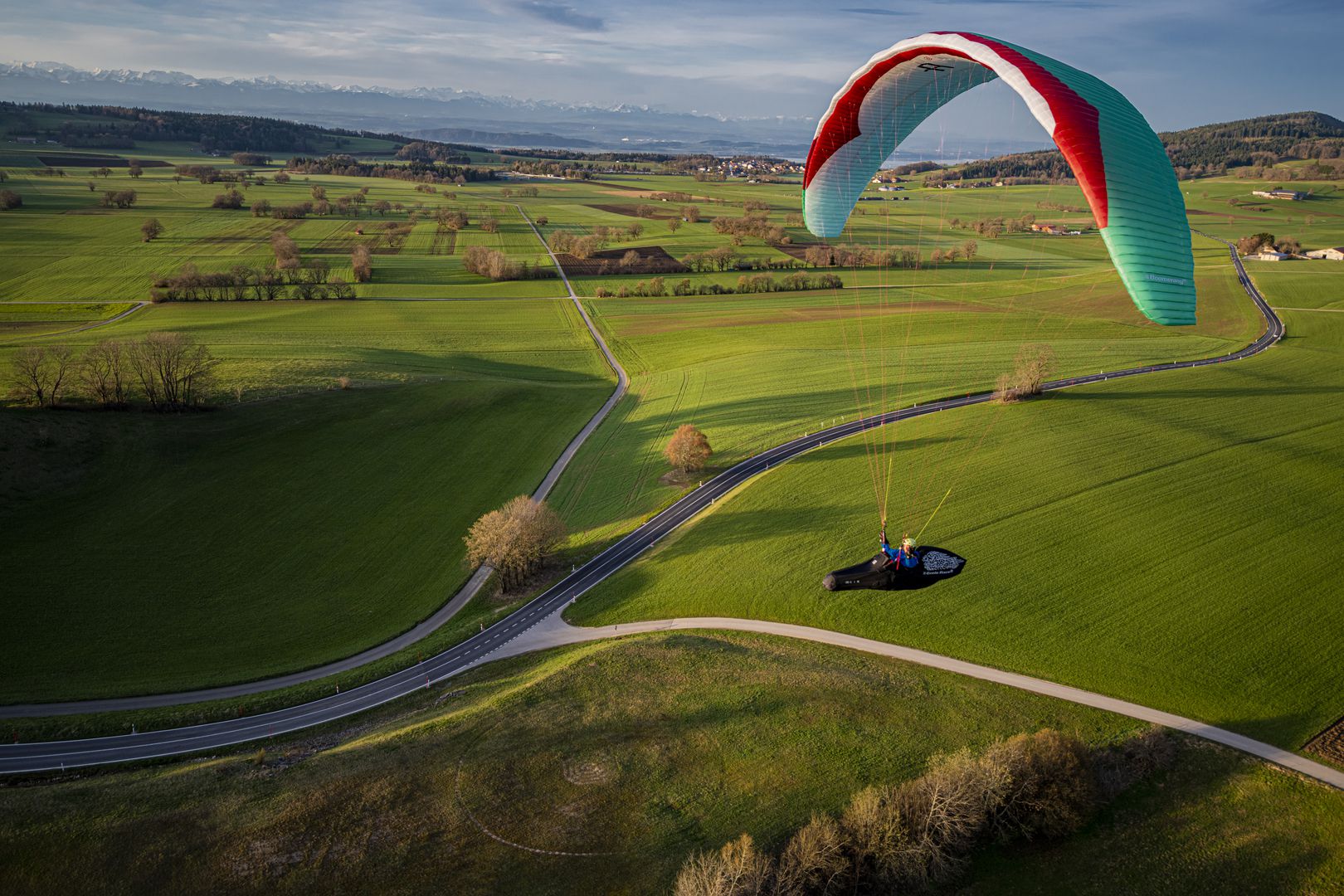 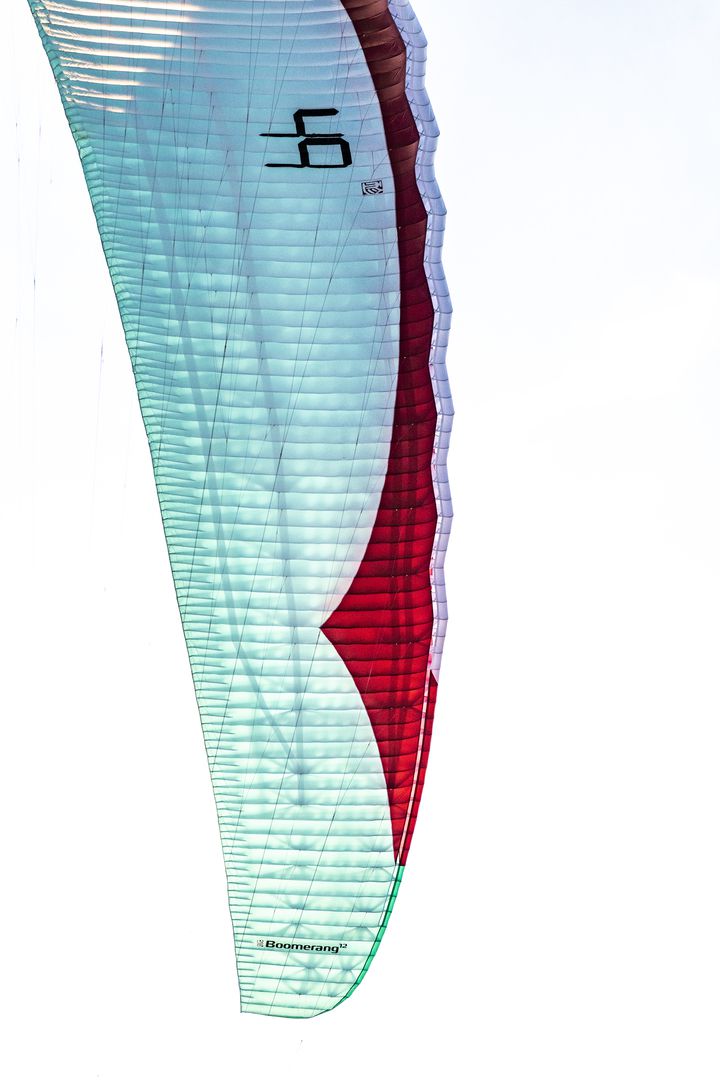 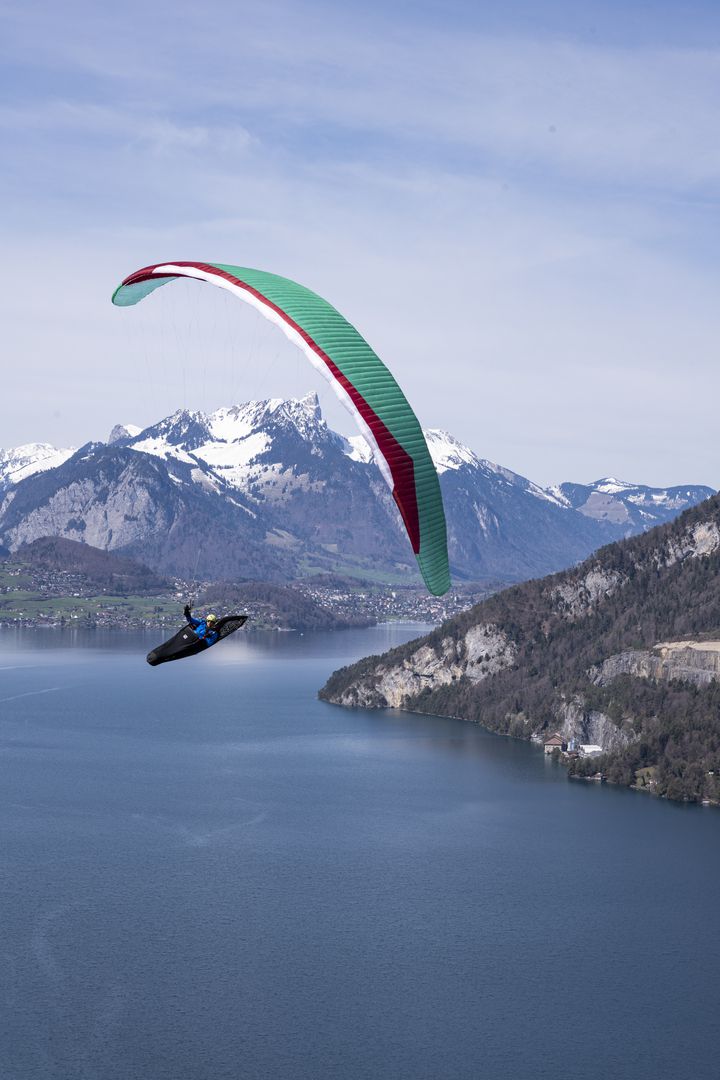 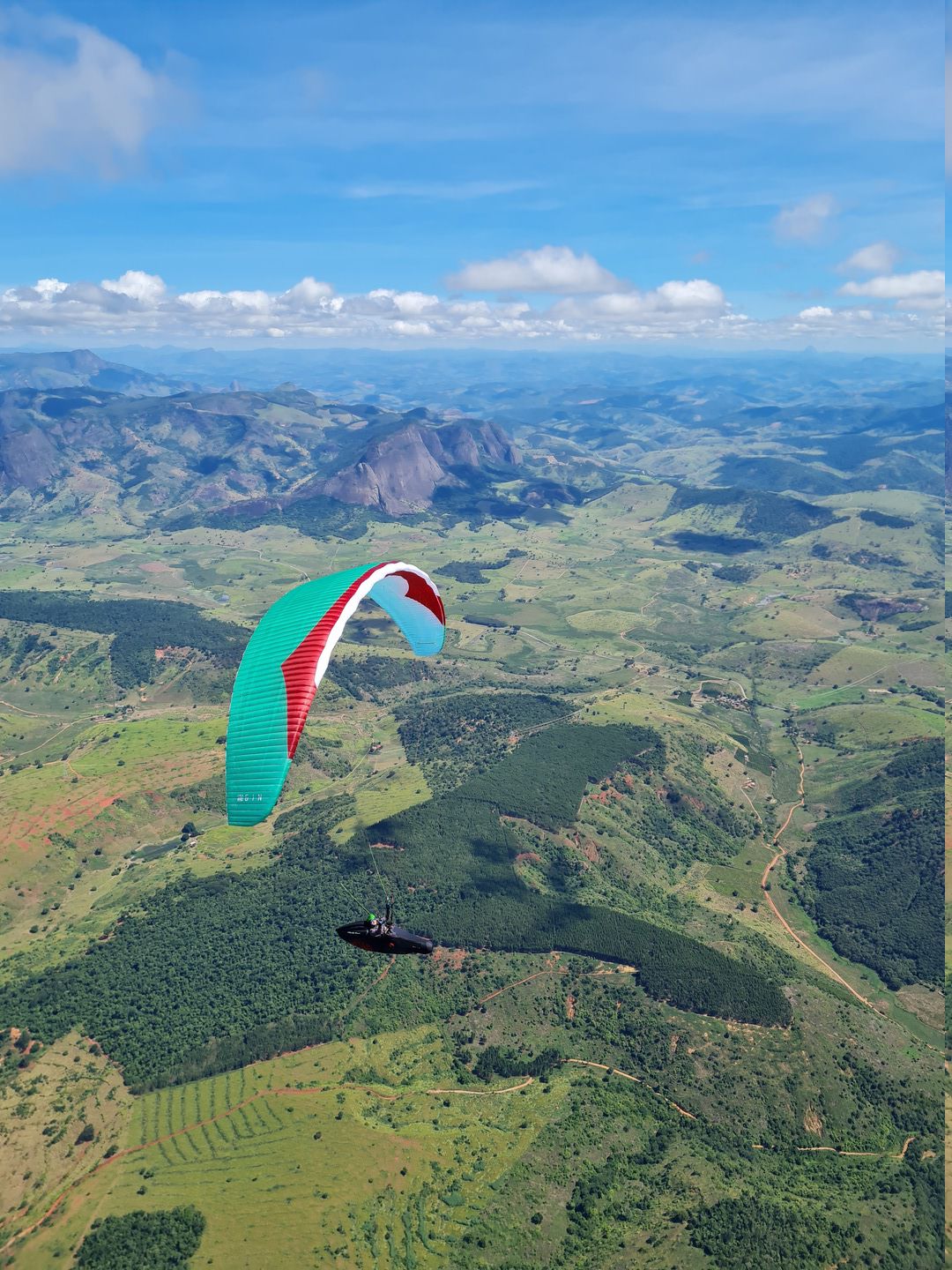